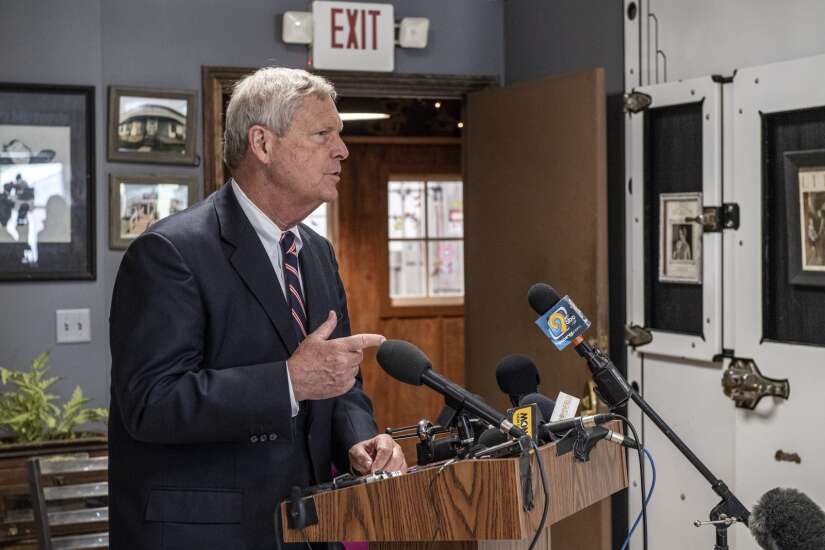 The U.S. Department of Agriculture on Wednesday announced more than $223 million in grants and loans to help expand small and medium-sized meat processing plants to boost competition in a highly concentrated industry. did.

The initiative will increase cattle and pig slaughter capacity by more than 500,000 a year, enable poultry mills to process nearly 34 million more birds, and employ more than 1,100 people, mostly in the rural areas where the mills are located. is expected to be created.

The Biden administration wants to increase slaughterhouse capacity and give farmers and ranchers more choice in where to sell their raised animals. On the one hand, it wants to increase competition and lower prices for consumers.

The four largest poultry processors control 54% of their business.

Wednesday’s USDA announcement is coupled with a trip to Omaha, Nebraska, where Virsak will tour a beef processing plant.

Greater Omaha Packing plans to use the grant to expand its beef processing capacity to 700 head of beef per day and create an additional 275 jobs, Vilsack said.

The Omaha company is one of the largest of 21 grant recipients nationwide sharing $73 million.

A portion of the other grants will be used to help Pure Prairie reopen its idle poultry processing plant in Charles City, Iowa, which will employ hundreds of people.

The remaining $150 million in funding announced Wednesday will be used for 12 financing programs to help independent meat processors keep operations going as they work to expand.

Applications for additional grants and loans are now being accepted for another round of spending next year.

The price paid for slaughtered animals has long been a subject of controversy. Farmers and ranchers receive a relatively small share of the profits when meat prices soar due to inflation and industry capacity constraints.

Federal data show that for every dollar spent on food, ranchers and farmers are paid less than 14 cents in recent years, down from 35 cents in the 1970s.

Agricultural economists say that small processing plants are also far less efficient than large factories operated by companies such as Tyson, Smithfield Foods, Cargill, JBS, Hormel and Purdue Farms. said it could struggle to compete with

“We are excited to see these projects take hold and create new opportunities and new choices for growers and consumers. Mr. Vilsack giving a lecture (Nick Rollman/Gazette)